On this past Saturday, Sequoia played at Palo Alto High School in the CCS Division 1 Boys Basketball Finals. In a thrilling back and forth game, Sequoia eventually lost the game 47-36. Sequoia, held an 18-9 lead early in the second quarter due to the scoring outburst by Kiahn Nice-Whiteside. However, after Paly switched their defense into a 3-2 zone, Sequoia’s offense faltered and they went into a scoring drought where Paly eventually took a 21-18 lead. As the game progressed, Sequoia had many missed opportunities to get back into the game due to some suspect calls and a myriad of missed free throws and three points. But, even with their loss in the finals, Sequoia still qualified for the NorCal tournament as the 14 seed. They will play on Tuesday, March 3 at 7 against Sonora High School at Sonora High School.

The game tonight will be streamed on NFHS network. 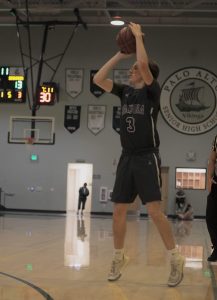 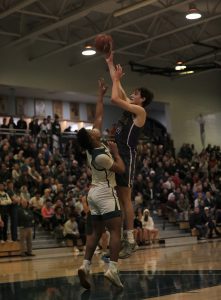