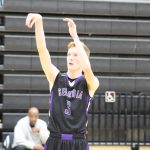 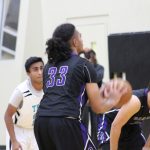 The Cherokees have yet to play a game in their home gym, but have been true road warriors so far this season, and now sit at 7-0 after an 83-45 drubbing of Evergreen Valley on Tuesday night. JR Center Ziggy Lauese dominated the interior on both ends of the floor while JR Forward Kyle Pruhsmeier 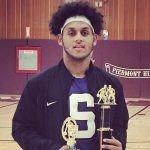 The 2015-2016 season ended with a CCS semi-final loss at top-seeded Piedmont Hills, and the championship game of the Piedmont Shootout provided the chance for some redemption for Sequoia. The Cherokees exploded out of halftime, breaking open a close 3-point game with a 27-4 run and cruised to a 64-38 win, earning their second tournament 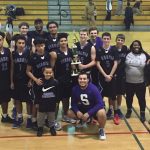 The Cherokees took to the court this weekend In a tournament held annually by Alisal High School to celebrate the lives of two former Trojan players.The Solis/Miles Invitational provides an opportunity for the Salinas community to recognize and appreciate the families of Jose Solis and Vantory Miles, who each tragically lost their lives in separate automobile 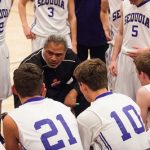 The new men’s basketball season may be only two games old, but Coach Fine Lauese already has the team looking like they are in mid-season form. The Cherokees crushed each of their first two opponents on the road, hammering Salinas 83-44 on Tuesday night before downing Soledad 68-22 in the opening round of the Solis/Miles